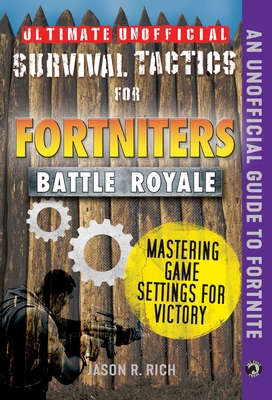 Unlock a plethora of gaming tips and strategies to achieve victory! Ultimate Unofficial Survival Tactics for Fortnite Battle Royale: Mastering Game Settings for Victory explains to readers what each customizable setting within the game is used for and helps gamers fine-tune these settings to meet their unique needs. This full-color, unofficial guide will focus on customizing the game’s options and settings when playing on a PC or Mac, console-based gaming system, and/or on a mobile device.

Jason R. Rich (www.JasonRich.com) is an avid gamer and the author of more than two dozen full-length computer and video game strategy guides. He’s also contributed thousands of game reviews and articles to national magazines and websites, and has worked as a consultant to some of the world’s biggest computer and video game developers and publishers. Follow him on Twitter/Instagram (@JasonRich7).
Loading...
or
Not Currently Available for Direct Purchase