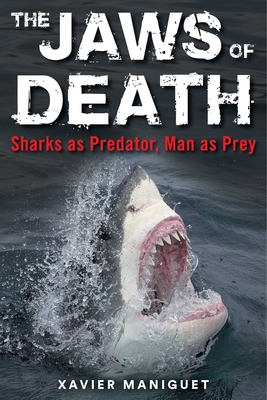 The Jaws of Death

Sharks as Predator, Man as Prey

It's more frightening than Steven Spielberg's Jaws! Go learn the truth about what happens after sharks attack.

Biggest of all fish and best equipped for hunting, sharks live in every ocean. No natural predator except the killer whale threatens them, and they possess an extraordinary physiology, including those unrivaled jaws. They have become the stuff of movies, books, and nightmares, but some of what we commonly believe is fiction, not fact.

Through the examination of case histories, including gruesome attacks on humans, The Jaws of Death documents the truth. It discusses why sharks are essential to the equilibrium of the marine biotope and what benefit they have provided to science and medicine. In addition to sharks, other "jaws of death" receive attention, including piranhas, crocodiles, and barracudas. Inside you'll find:

Xavier Maniguet was best known as a survival specialist, but he was also a medical doctor, pilot, and parachutist, as well as the author of Survival: How to Prevail in Hostile Environments.
Loading...
or support indie stores by buying on