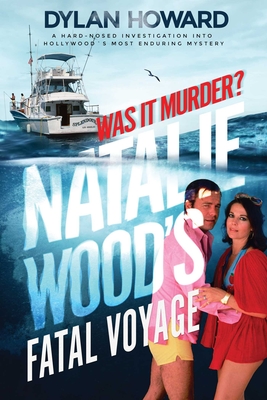 Was It Murder? (Front Page Detectives)

A Hard-Nosed Investigation Into Hollywood's Most Enduring Mystery

For thirty-five years, it has been a riddle which has gripped the world. Part love story, part tragedy, it has all the elements of a Hollywood blockbuster: a beautiful actress, a handsome leading man, a brooding sidekick . . . and a moment of sickening terror with the most horrific consequences.

When Natalie Wood—one-time America’s sweethearts and star of West Side Story, Rebel Without a Cause, and Miracle on 34th Street—was found washed up in her nightdress in the cold waters off Catalina Island, California, on Thanksgiving weekend 1981, it initially looked like a freak accident.

She had been holidaying with husband Robert Wagner and film co-star Christopher Walken on board Wagner’s yacht The Splendour when somehow, in the dead of night, she lost her footing and fell into the water.

The coroner was wrong.

For the first time, the real story of Natalie’s final moments can be told—and it’s every bit as monstrous as anything Hollywood scriptwriters could dream up. Forbidden affairs, twisted lies, sex, betrayal, murder, pay-offs, and a cover-up that continues to this day.

"The king of Hollywood scoops.”
— AdWeek

As a man with unprecedented access to the facts and a reporter who is one of the most feared journalists in Hollywood, investigative reporter Dylan Howard has cracked open scandals that have brought down the careers of Mel Gibson, Charlie Sheen, Hulk Hogan, and Paula Dean and others.

Described by the New Yorker magazine’s Jeffrey Toobin as "a tabloid prodigy” and AdWeek as “the king of Hollywood scoops,” Dylan also brought to light: the hate-fueled audiotapes of Oscar-winning actor/director Gibson blasting former girlfriend Oksana Grigorieva; the scandal-plagued death of screen darling Farrah Fawcett; the naming of the mother of Arnold Schwarzenegger’s love child; the demise of star-on-the-rise politician Anthony Weiner; and the Tiger Woods sex scandal. He also broke the story of the A-list high-stakes poker scam that was later made into the Oscar-nominated film Molly’s Game.