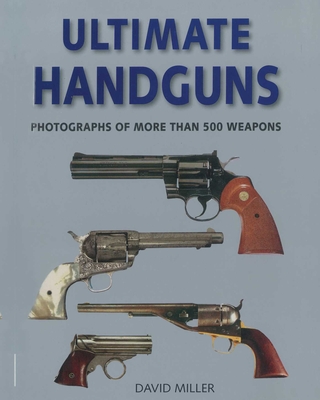 The Ultimate Collector's Guide to 500 Handguns in Full Color!

Ultimate Handguns brings together five hundred classic examples, organized from A-Z by country and gunmaker's name, of handguns of all types, from the eighteenth to the twenty-first century, which makes it a serious reference book for collectors, enthusiasts, and sportsmen alike. It shows the different types of handgun which the world has used to wage war, break and defend its laws, and hone its sharpshooting skills. From historic pistols like flintlock English Collumbell holster pistol to modern revolvers like the Smith & Wesson Model 29 Magnum, made famous in the Dirty Harry movies, the full gamut is covered in Ultimate Handguns.

Inside, you will find:

David Miller is a former officer in the British armed forces, who served in England, the Falkland Islands, Germany, Malaysia, the Netherlands, and Singapore. He subsequently worked as a freelance author and as a journalist for Jane's Information Group. He worked on the staff f the authoritative Defense Review, was editor of the two-volume Jane's Major Warships, and has written more than fifty other works relating to guns and warfare.
Loading...
or support indie stores by buying on