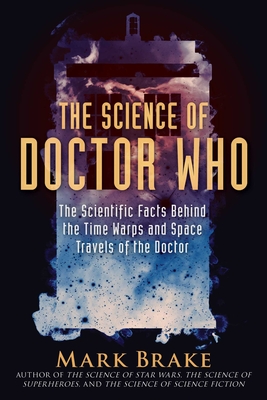 The Science of Doctor Who

Geek out over the TARDIS, aliens, alternate timelines, parallel worlds, and all your favorite characters from the Doctor Who Universe!

Doctor Who arrived with the Space Age, when the Doctor first began exploring the universe in a time-traveling spaceship. Over half a century since, the Doctor has gone global. Millions of people across this planet enjoy Doctor Who in worldwide simulcast and cinema extravaganzas. Doctor Who has infused our minds and our language and made it much richer.

What a fantastic world we inhabit through the Doctor. The program boils over withballsy women, bisexual companions, scientific passion, and a billion weird and wonderful alien worlds beyond our own. The show represents almost sixty years' worth of magical science-fiction storytelling. And Doctor Who is, despite being about a thousands-of-years-old alien with two hearts and a spacetime taxi made of wood, still one of our very best role models of what it is to be human in the twenty-first century.

In The Science of Doctor Who, we take a peek under the hood of the TARDIS and explore the science behind questions such as:

So welcome to The Science of Doctor Who, where the Doctor steps smoothly in and out of different realities, faces earthly and unearthly threats with innovation and unpredictability, and successfully uses science in the pay of pacifist resistance!

Mark Brake developed the world’s first science and science fiction degree in 1999. He also launched the world’s first astrobiology degree in 2005. He’s communicated science through film, television, print, and radio on five continents, including for NASA, Seattle’s Science Fiction Museum, the BBC, the Royal Institution, and Sky Movies. He was one of the founding members of NASA’s Astrobiology Institute Science Communication Group. He has written more than a dozen books, including Alien Life Imagined for Cambridge University Press in 2012. Mark also tours Europe with Science of Doctor Who, Science of Star Wars, and Science of Superheroes road shows.
Loading...
or support indie stores by buying on
(This book is on backorder)