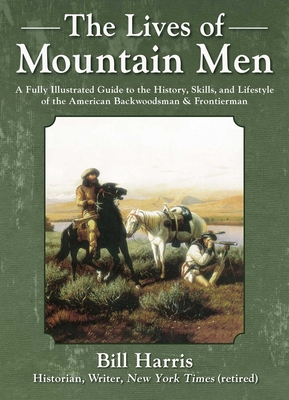 The Lives of Mountain Men

A Fully Illustrated Guide to the History, Skills, and Lifestyle of the American Backwoodsmen and Frontiersmen

Discover the history of one of the most exciting eras in the history of the United States and some of its most fascinating characters . . . the mountain men!

They were the first white men to penetrate the continent, and they soon lost their identity, becoming something completely new and different. The popular legends of the mountain men were generated from a surprisingly short period in American history. From the first forays up the Missouri River in the early 1800s to the final Rendezvous at Horse Creek in 1840, fewer than forty years had passed. The legends were based on tales of incredible survival against the odds. Harsh winter conditions, dangerous terrain, and the constant threat of Indian encounters all challenged the mountain men.

Some stories, like that of John Colter, who is thought to be the fist white man to have explored what is now Yellowstone National Park, were derided as being far-fetched. In order to survive, the mountain man had to be a superb marksman, a skilled horseman, and a trapper, and one who knew about nature and the seasons. As they sought ever more distant trapping grounds, the mountain men carved out a path that made the crossing of the American continent a reality rather than a dream.

The demand for beaver fur has long since died out, but the tracks of the mountain men are still there to be seen. Through this detailed and comprehensively illustrated book, The Lives of Mountain Men brings us their stories!

Bill Harris has written over one hundred books on a wide range of subjects, from a history of Pennsylvania, where he was born, to his best-selling tribute to the World Trade Center. He was a native of New York for many years, becoming a licensed New York City tour guide and writing seventeen books about the city. Harris also worked as a journalist for the New York Times for twenty-five years. He is passionately interested in the history of the American West; he also wrote A New Zion, the History of the Mormons.
Loading...
or support indie stores by buying on