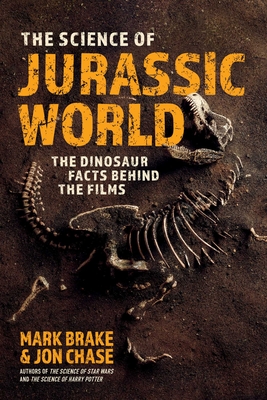 The Science of Jurassic World

The Dinosaur Facts Behind the Films

A tale of some of the most amazing creatures ever to grace this tiny planet—unearth how the science fiction of the Jurassic World franchise inspired the evolution of dinosaur science.

It all began in 1993. Jurassic Park was a movie landmark in the development of computer-generated imagery and animatronic visual effects. Jurassic Park became the highest-grossing movie of that year, and the highest-grossing film ever at the time, a record held until the 1997 release of Titanic. The field of dinosaur science has blossomed by leaps and bounds and branched out in recent years, in no small part to this iconic movie series.

In The Science of Jurassic World, we experience the amazing story of the birth of the dinosaurs, how they evolved to world dominance, how some became gargantuan in size, how others grew wings and flew, and how the rest of them met an untimely end. Chapters include: Discover how some of cinema’s most incredible creations do justice to the jaw-dropping evolution of these fantastic creatures.

Praise For The Science of Jurassic World: The Dinosaur Facts Behind the Films…

“This book is a Jurassic joy: a lively and informative tour 'round dino-world. As packed with facts as a velociraptor's mouth is with teeth!”
—Adam Roberts, science fiction novelist and critic, award-winning author of Purgatory Mount

"Recommended for any library collection."
—Booklist

Mark Brake developed the world’s first science and science fiction degree in 1999. He also launched the world’s first astrobiology degree in 2005. He’s communicated science through film, television, print, and radio on five continents, including for NASA, Seattle’s Science Fiction Museum, the BBC, the Royal Institution, and Sky Movies. He was one of the founding members of NASA’s Astrobiology Institute Science Communication Group. He has written more than a dozen books, including Alien Life Imagined for Cambridge University Press in 2012. Mark also tours Europe with Science of Doctor Who, Science of Star Wars, and Science of Superheroes road shows.

Jon Chase is a freelance science communicator with an honors degree in aerospace engineering, and a master’s degree in communicating science. After producing a science rap video for NASA about astrobiology in 2008, the Guardian identified him as “the next big thing” in education. Jon has worked with the BBC, the Open University, the Science Museum, the Royal Society, and the Royal Institution. He tours Europe with Science of Doctor Who, Science of Star Wars, and Science of Superheroes shows.
Loading...
or support indie stores by buying on