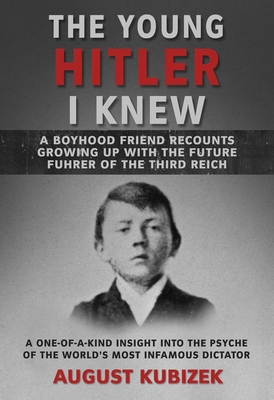 The Young Hitler I Knew

A Fascinating Insight Into Hitler's Character

August Kubizek met Adolf Hitler in 1904 while they competed for standing room at the opera. Kubizek describes a reticent young man, painfully shy, yet capable of bursting into hysterical fits of anger if anyone disagreed with him. But they grew close, often talking for hours on end. In 1908, they began sharing an apartment in Vienna. After being rejected twice from art school, Hitler found himself sinking into an unkind world of “constant unappeasable hunger.” Kubizek did not meet his friend again until he congratulated him on becoming Chancellor of Germany. The Young Hitler I Knew tells the story of an extraordinary friendship, and gives fascinating insight into Hitler’s character during these formative years.

August Kubizek met Adolf Hitler in 1904 while they were both competing for standing room at the opera.  Their mutual passion for music created a strong bond, and over the next four years they became close friends.  He and Hitler shared a flat in Vienna for almost a year.
Loading...
or
Not Currently Available for Direct Purchase