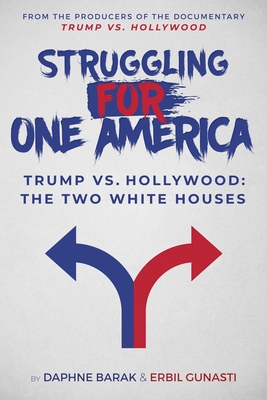 Struggling for One America

What happens when you speak with Hollywood stars and entertainers—half pro-Trump and half against—posing the question, “Can we talk?”

Since the 2016 presidential campaigns, Conservatives, Liberals, Democrats, Republicans, Whites, and non-Whites in America began saying loudly that they are “Fighting for America.” Yet, by the 2020 presidential elections, they were even more divided than united despite all the good intention of the most. Now that America is well into 2021, it is time to yearn for “One America” but without “fighting.”

But here is the caveat! To achieve “One America,” the “Trump Phenomena” must first be understood. Next, “Discrimination” and “Racism” in America must be re-visited. After that, “Cancel Culture” and “No-No Rhetoric” must be handled promptly and sensitively. Finally, Hollywood must first embrace #MeToo Movement and then come up with a long-term strategy.

Filmmakers of the Trump vs. Hollywood documentary, Daphne Barak and Erbil Gunasti brought on board twenty-four Hollywood stars and entertainers in a documentary to discuss these topics. Half were chosen among pro-Trump, and half against. Daphne interviewed both sides, posing the question: “Can We Talk?”

Struggling For One America stands as the genesis of this documentary. This book in that respect points at the presumptive and pretended “Culprits” and “Scapegoats” in the current divide, while focusing on what is obvious. The two White Houses are standing tall, in plain sight, and a step further on the wrong direction from this moment on would be nothing less than repeating history.

Daphne Barak is a news innovator, film and television producer, geo-political subject matter expert, and author. She made the biggest ratings in the US and cover stories worldwide for two decades. Known for landing the big “get” interviews, Barak has spent the last two decades speaking with heads of state, royals, Hollywood stars, musicians, athletes, artists, and newsmakers when their stories were “breaking news” around the world. In addition, she was also a Trump delegate for the 2016 and 2020 elections.

Erbil Gunasti is a film and television producer, geo-political subject matter expect, and author, specializing in socio-economic military strategies. Based at the United Nations in New York, Gunasti represented eight prime ministers of Turkey for fifteen years, including the current president Recep Tayyip Erdogan, ran for mayor in Palm Springs, and speaks half a dozen languages. In addition, he was also a Trump delegate for the 2016 and 2020 elections.
Loading...
or support indie stores by buying on