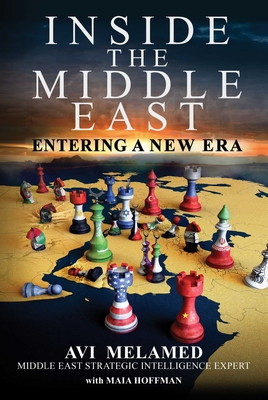 Inside the Middle East

Why Is the Middle East Entering a “New Era?” Is It a New Dawn? Is It a Setting Sun?

In the third decade of the twenty-first century, the Middle East is entering a new era. A multifaceted and intricate equilibrium will write the next chapter of this region. The new era we are entering is fraught with challenges and full of opportunities.

The new era is both defined by, and a result of, a combination of ancient and modern, domestic, regional, and international processes. Iran and Turkey each strive to position themselves as the regional superpower. In parallel, the people of the region struggle to overcome increasing domestic challenges. These developments, combined with an escalating struggle over path, identity, and direction, could result in a new model of statehood in the Arab world. While some countries take the turbulent path toward a possible new statehood model, others are fighting for their sovereignty and survival. All of this is occurring while Western hegemony in the Middle East is coming to an end and the Eastern giants are on the rise.

Acclaimed Middle East expert, an Israeli fluent in Arabic, English, and Hebrew, Avi Melamed has a proven exceptional record of foreseeing the evolution of events in the Middle East and their impact on a local and regional level. In this book, Melamed takes you on a fascinating eye-opening journey through the geopolitical landscape of the Middle East in the third decade of the twenty first century. He challenges common Western concepts, narratives, and theories. And he provides predictions about some of the most central regional issues of the day.

Using primarily sources from the region, Avi Melamed provides a professional, rare insider’s view and clearly and insightfully contextualizes current regional events. Inside The Middle East: Entering a New Era provides the knowledge and tools to connect the dots. This distinct understanding allows the reader to build a multidimensional picture of the geopolitical reality of the Middle East today and provides an unparalleled foundation for navigating the events of tomorrow.

Praise For Inside the Middle East: Entering a New Era…

“As relationships across the Middle East evolve, it is increasingly important to have a profound understanding of the region. Avi Melamed offers a unique and unparalleled grasp of the trends and changes impacting us all. Inside the MiddleEast: Entering a New Era provides a comprehensive analysis of events, enabling a foundation for dialogue between people of all faiths and backgrounds.”
—AHMED OBAID ALMANSOORI, former member of the Federal National Council, founder of the Strategists and the Crossroad of Civilizations Museum, United Arab Emirates

“A very rich overview of the formidable challenges in the complex Middle East. Avi Melamed uses his intelligence expertise and hits the mark in identifying the impact of internal and external conflicts on the stability of the region. Inside theMiddle East: Entering a New Era draws this new world into focus explaining what the ‘Abraham Accords’ mean as many Islamic countries are getting closer to peace and recognition with Israel.”
—AREIG ELHAG, Sudanese American journalist

“This book is a magnifying glass and an important tool for understanding the forces that are rising and falling in the Middle East … Avi Melamed has wisely succeeded in clearly explaining and outlining to the reader the complexity of the processes that are taking place in the region. This book is a guide for those who want to truly understand … By taking us on a journey through the area, Avi Melamed brilliantly reveals to us the secrets of the Middle East. I highly recommend reading this book. When you start reading it, it is very difficult to stop because every sentence in it is a kind of spectacular piece of information that sheds light on things that were previously difficult for us to understand.”
—FIRAS HAMED, head of Middle East News Division, Makan Arabic Channel, Israeli Broadcast Corporation

“Avi Melamed’s book is taking the Western reader into a journey to the future of the Middle East, based upon an expert analysis of the current reality. This book should be thoroughly studied by diplomats, national security advisors, think tanks, and everyone interested in keeping pace with the evolving dynamics of the most complicated region on Planet Earth.”
—DALIA ZIADA, director of the Liberal Democracy Institute, Egypt

AVI MELAMED is a former Israeli intelligence official, senior official on Arab Affairs, and served as the Salisbury Fellow of Intelligence and Middle East Affairs at the Eisenhower Institute in Washington, DC. He is an expert on current affairs in the Arab and Muslim world and their impact on the Middle East and Israel’s geopolitical environment. In his public service, Avi has held high-risk government, senior advisory, and counter-terrorist intelligence positions.

Avi is the founder of Inside the Middle East | Intelligence Perspectives (ITME). ITME is a distinct empowering educational program that provides an apolitical non-partisan education about the contemporary Middle East and uses intelligence methodology to teach critical thinking and media literacy.

Avi has coauthored Separate and Unequal: Israel’s Rule in East Jerusalem and wrote Ubrusi: The Novel. His last book, Inside the Middle East: Making Sense of the Most Dangerous and Complicated Region on Earth, is a GPS to help navigate the dramatically changing Middle East.

MAIA HOFFMAN earned her BA in Islamic and Judaic Studies from Brandeis University and her MA in Middle Eastern Languages and Cultures from Columbia University. She graduated with honors from both institutions. Today, Maia is the Chief Operating Officer of Inside the Middle East | Intelligence Perspectives (ITME). Maia’s distinct professional background affords her international access to create bespoke, impactful, interactive educational encounters and experiences in Israel and throughout the Middle East.
Loading...
or support indie stores by buying on