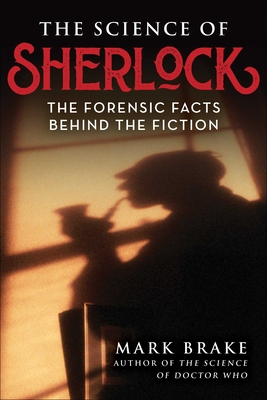 The Science of Sherlock

The Forensic Facts Behind the Fiction

An essential read for the legions of Sherlockians about the globe.

Sherlock Holmes is the world’s greatest-ever consulting detective. The huge popularity of Sir Arthur Conan Doyle’s fictional creation, and his sixty stories, made Sherlock one of the most famous characters of Victorian London.

All evidence of Sherlock’s fan adoration has lasted almost one and a half centuries through many adaptations. There is Sherlock fan fiction in China, Sherlock manga in Japan, and tribute pop songs in Korea. Guinness World Records awarded Sherlock Holmes the title of most portrayed literary human character in film and television thanks to the popular Sherlock Holmes movies starring Robert Downey Jr., series like Elementary starring Lucy Liu, Sherlock starring Benedict Cumberbatch, and so much more.

Sherlock’s enduring appeal shows that his detective talents are as compelling today as they were in the days of Conan Doyle. The Science of Sherlock gives you an in-depth look at the science behind the cases Sherlock cracked in those Ripper streets of old.