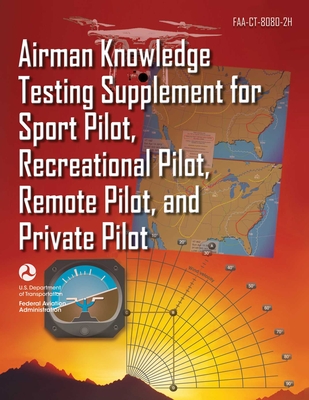 THE DEFINITIVE TOOL FOR AIRMAN KNOWLEDGE EXAM STUDY IN 2023, DEVELOPED BY FAA EXPERTS

This testing supplement was designed by the Federal Aviation Administration (FAA) Flight Standards Service and intended for use by Airman Knowledge Testing (AKT) administrators in the following knowledge areas: With dozens of full-color illustrations, diagrams, graphs, and charts, this testing supplement provides crucial tools for sport, recreational, remote, or private pilots in their knowledge exams and beyond.

The Federal Aviation Administration is the national aviation authority of the United States. It regulates and oversees the aviation industry, pilot licensing, and airspace with the goal of providing “the safest, most efficient aerospace system in the world.”
Loading...
or support indie stores by buying on