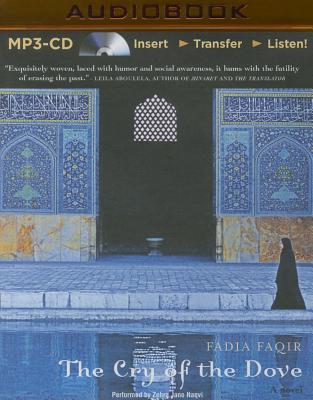 The Cry of the Dove

Timely and lyrical, The Cry of the Dove is the story of one young woman and an evocative portrait of forbidden love and violated honor in a culture whose reverberations are felt profoundly in our world today. Salma has committed a crime punishable by death in her Bedouin tribe of Hima, Levant: She had sex out of wedlock and became pregnant. Despite the insult it would commit against her people, Salma has the child and suddenly finds herself a fugitive on the run from those seeking to restore their honor.

Salma is rushed into protective custody, where her newborn is ripped from her arms and where she sits alone for years before being ushered to safety in England. Away from her Bedouin village, Salma is an asylum seeker trying to melt into the crowd, under pressure to reassess her way of life. She learns English customs from her landlady and befriends a Pakistani girl who is also on the run, with whose help Salma finally forges a new identity. But just as things settle, the need to return for her lost daughter overwhelms her, and one fateful day Salma risks everything to go back and find her.