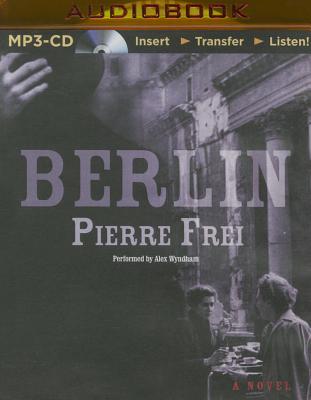 Set in a devastated Berlin one month after the close of the Second World War, Berlin has been acclaimed as "ambitious...filled with brilliantly drawn characters, mesmerizingly readable, and disturbingly convincing" by the Sunday Telegraph. An electrifying thriller in the tradition of Joseph Kanon and Alan Furst, Berlin is an intimate portrait of Germany before, during, and after the war. It is 1945 in the American sector of occupied Berlin, and a German boy has discovered the body of a beautiful young woman in a subway station. Blonde and blue eyed, she has been sexually assaulted and strangled with a chain. When the bodies of other young women begin to pile up, it becomes clear that this is no isolated act of violence, and German and American investigators will have to cooperate if they are to stop the slaughter. Author Pierre Frei has searched the wreckage of Berlin and emerged with a gripping whodunit in which the stories of the victims themselves provide an absorbing commentary. There is a powerful pulse buried deep in the rubble.