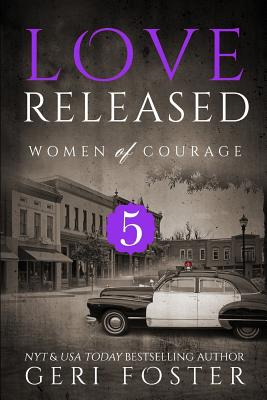 Love Released - Book Five is the fifth in a series titled Women Of Courage. The serial tells the story of Cora Williams and Sheriff Virgil Carter as their relationship develops. The serial is best if the books are read in order. HEARTFELT The past crawls back like an unwanted memory to shatter the hearts of the ones we love. Sheriff Virgil Carter must find evidence to keep the woman he loves from imprisonment and certain death. When his investigation reveals a web of corruption and greed, an attempt is made on his life and leaves him severely injured. His profound love for Cora gives him the strength to battle for her freedom. Cora Williams must face her toughest challenge of all times by revealing her tragic past. Her worst fear is that once her secrets are exposed, Virgil will turn away and all will be lost. She must gather the courage to face evil and learn to trust her heart. Love is powerful and strong, but can it survive the truth? Love often comes like sleep, softly, quietly and unexpectedly. You just have to close your eyes and dream.

As long as she can remember, Geri Foster has been a lover of reading and the written words. In the seventh grade she wore out two library cards and had read every book in her age area of the library. After raising a family and saying good-bye to the corporate world, she tried her hand at writing. Action, intrigue, danger and sultry romance drew her like a magnet. That's why she has no choice but to write action-romance suspense. While she reads every genre under the sun, she's always been drawn to guns, bombs and fighting men. Secrecy and suspense move her to write edgy stories about daring and honorable heroes who manage against all odds to end up with their one true love. You can contact Geri Foster at geri.foster@att.net
Loading...
or support indie stores by buying on