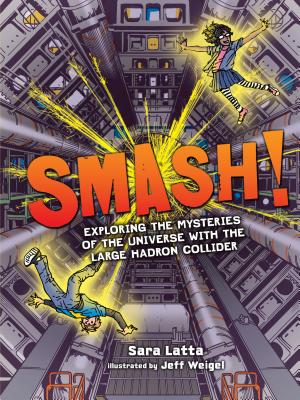 Exploring the Mysteries of the Universe with the Large Hadron Collider

What is the universe made of? At CERN, the European Organization for Nuclear Research, scientists have searched for answers to this question using the largest machine in the world: the Large Hadron Collider. It speeds up tiny particles, then smashes them together--and the collision gives researchers a look at the building blocks of the universe.

Nick and Sophie, two cousins, are about to visit CERN for a tour of the mysteries of the cosmos. Sophie's a physics wiz. Nick, not so much. But by the time they're through, Nick and Sophie will both feel the power of hidden particles, fundamental forces, dark matter, and more. It's all a blast in this mind-blowing graphic novel