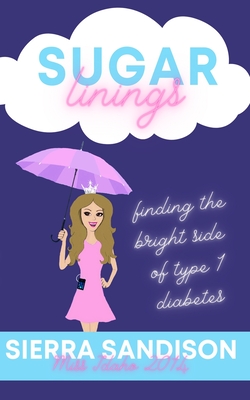 Finding the Bright Side of Type 1 Diabetes

Sierra Sandison, Miss Idaho 2014, is best known for launching the #showmeyourpump campaign and proudly wearing her insulin pump on the Miss America stage. Sierra now travels the country, speaking at schools, diabetes conferences, and keynoting at various events. She tells audiences of her journey from diagnosis to the Miss America stage, and spreads her message of overcoming adversity, as well as loving the things that make us unique, rather than hiding the things that make us different. Now, with the launch of her book, Sugar Linings: Finding the Bright Side of Type 1 Diabetes, she hopes to send a new message: one of hope and positivity for diabetics and non-diabetics alike. She tells her story, and also discusses the positive sides of living with type 1 diabetes: finding strength, making connections, and sometimes even forming priceless friendships with others facing similar challenges. She discusses how diabetes can help one discover his or her passion and a way to make a different in the world, develop a greater ability to show compassion and empathy, and other sugar linings that can make each of our journeys with diabetes a little less gloomy. By illustrating the sugar linings that can hold true for anyone--not just the ones unique to becoming Miss Idaho--Sierra aims to bring hope to those who may be facing a new diagnosis, and anyone else who may have a cloud casting an uncertain, but daunting forecast for his or her future.

While Sierra was growing up, she struggled with her self-esteem and trying to fit in, as well as with finding her identity. After being diagnosed with type 1 diabetes at the age of 18, she hated her disease-not only because it was affecting her health, but also because of how it made her feel more different than she already was. She refused to wear an insulin pump until she heard about Nicole Johnson, Miss America 1999. Nicole, who also lives with T1D, quickly became Sierra's hero. Nicole's example helped Sierra develop an empowering confidence, which transformed her life. Sierra made it her goal to some day wear an insulin pump while competing on the Miss America stage in order to do for others what Nicole Johnson had done for her. Less than three years later, she achieved her dream, along with launching the viral #showmeyourpump campaign which encouraged diabetics worldwide to proudly show their insulin pumps on social media. Since then, Sierra has appeared on the Dr. Oz Show, the cover of Diabetes Forecast magazine, and Good Morning America. She now spends her time speaking at schools, diabetes conferences, and other events across the country. She tells her story, along with the message of overcoming adversity, and loving the things that make you unique, rather than being ashamed of the things that make you different. Now, with the launch of her new book, Sugar Linings: Finding the Bright Side of Type 1 Diabetes, she hopes to send a new message: one of hope and encouragement for diabetics and non-diabetics alike.
Loading...
or support indie stores by buying on