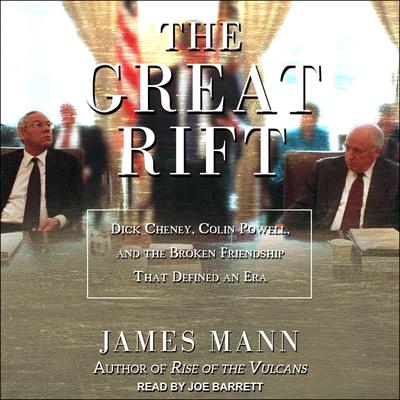 Dick Cheney, Colin Powell, and the Broken Friendship That Defined an Era

Dick Cheney and Colin Powell emerged on the national scene more than thirty years ago, and it is easy to forget that they were once allies. It was Cheney who pressed for Powell's appointment as chairman of the Joint Chiefs of Staff, over the initial skepticism of the White House. And the two men collaborated closely in the successful American wars in Panama and Iraq during the George H. W. Bush administration.

But from that pinnacle, conflicts of ideology and sensibility drove Cheney and Powell apart. Under George W. Bush, they fell into ever-deepening conflict. Cheney personified the idea that America should use its unrivaled power to reorder the world, using military force and ignoring objections from its longstanding allies. Powell believed that the United States should operate through diplomacy as much as possible, relying on the alliances it had forged.

In this wide-ranging and deeply researched reassessment of these two major figures, James Mann explores each man’s biography and philosophical predispositions to show how and why this deep and permanent rupture occurred. Through dozens of original interviews and surprising revelations from presidential archives, he brings to life the very human story of how this influential friendship turned so sour and how their enmity colored the way America acts in the world.

Joe Barrett began his acting career at the age of five in the basement of his family's home in upstate New York. He has gone on to play many stage roles, both on and off-Broadway, and in regional theaters from Los Angeles, Houston, and St. Louis to Washington DC, San Francisco, and Portland, Maine. He has appeared in films and television, both prime time and late night, and in hundreds of television and radio commercials. Joe has narrated over two hundred audiobooks. He has been an Audie Award finalist eight times, and his narration of Gun Church by Reed Farrel Coleman won the 2013 Audie Award for Original Work. AudioFile magazine has granted Joe fourteen Earphones Awards, including for James Salter's All That Is and Donald Katz's Home Fires. Regarding Joe's narration of John Irving's A Prayer For Owen Meany, AudioFile said, "This moving book comes across like a concerto . . . with a soloist-Owen's voice-rising from the background of an orchestral narration." Joe is married to actor Andrea Wright, and together they have four very grown children.