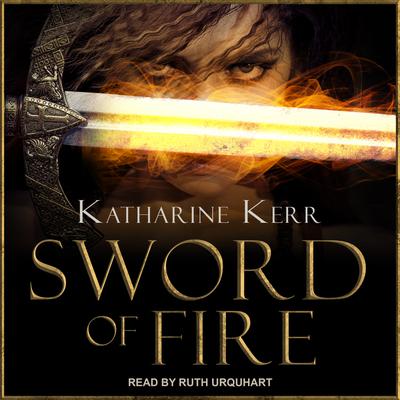 The bards are the people's voice—and their sword.

All over the kingdom of Deverry, the common people are demanding reform of the corrupt law courts. In Aberwyn, the situation catches fire when Gwerbret Ladoic, second in authority only to the High King, allows a bard to starve to death rather than hear their grievances.

Guildwoman Alyssa, a student at the local scholars' collegium, and Lady Dovina, the gwerbret's own daughter, know that evidence exists to overthrow the so-called traditional legal system, if they can only get it into the right hands. The powerful lords will kill anyone who threatens their privileges.

To retrieve the proof, Alyssa must make a dangerous journey that will either change her life forever—or end it.

Ruth Urquhart trained at East 15 Acting School and has spent the last twenty years working as an actor in theater, film, TV, and education. She is an Audible Approved Producer and has narrated over thirty titles. Among many other things, she has toured internationally and appeared in an Irish sitcom Give My Head Peace and the feature film Puckoon. She runs her own theater company and is a published playwright (Tea with Mrs. Pankhurst). Her forte is character work, and she has an excellent ear for accents. A native Scot, she was raised in Scotland with English parents; she quickly became bilingual in English and Scottish accents, speaking in an English accent at home and a Scottish one at school. She loves narrating audiobooks and has recorded a wide variety of genres requiring all sorts of different characters and dialects. She lives in Yorkshire, England, with her partner, two children, and an array of animals.