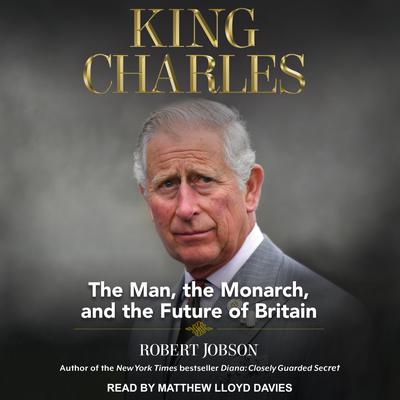 The Man, The Monarch, and The Future of Britain

An explosive and revealing new biography of Britain's future king by the journalist dubbed "the Godfather of royal reporting" by the Wall Street Journal.

Based on extensive fresh material and resources, Robert Jobson's biography provides a definitive insight into the extraordinary life of His Royal Highness Charles, Prince of Wales, as he approaches his seventieth birthday at a watershed moment in the history of the modern British monarchy.

Exploring well beyond the banal newspaper headlines that have caricatured Charles over the years, the book debunks the myths about the man who will be King, telling his full, true story; exploring his complex character, his profoundly held beliefs and deep thinking about religion—including Islam—politics, the armed services, monarchy, and the English constitution, providing an illuminating portrait of what kind of monarch Charles III will inevitably be.

Although this book is not an official biography, the Prince's office, Clarence House, has agreed to cooperate with the author, who has spent nearly thirty years chronicling the story of the House of Windsor as an author, journalist, and broadcaster.