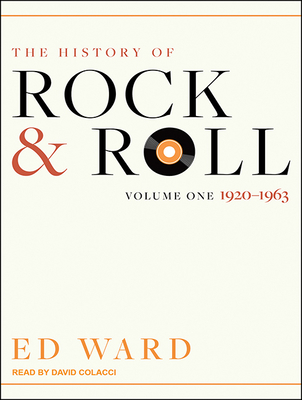 Ed Ward covers the first half of the history of rock & roll in this sweeping and definitive narrative-from the 1920s, when the music of rambling medicine shows mingled with the songs of vaudeville and minstrel acts to create the very early sounds of country and rhythm and blues, to the rise of the first independent record labels post-World War II, and concluding in December 1963, just as an immense change in the airwaves took hold and the Beatles prepared for their first American tour. In this first volume of a two-part series, Ward shares his endless depth of knowledge and through engrossing storytelling hops seamlessly from Memphis to Chicago, Detroit, England, New York, and everywhere in between. He covers the trajectories of the big name acts like Elvis Presley, Buddy Holly, Chuck Berry, and Ray Charles, while also filling in gaps of knowledge and celebrating forgotten heroes such as the Burnette brothers, the "5" Royales, and Marion Keisker, Sam Phillips's assistant, who played an integral part in launching Elvis's career.
or support indie stores by buying on
Copyright © 2020 American Booksellers Association