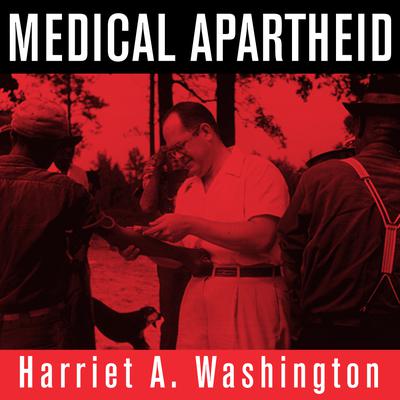 Medical Apartheid is the first and only comprehensive history of medical experimentation on African Americans. Starting with the earliest encounters between black Americans and Western medical researchers and the racist pseudoscience that resulted, it details the ways both slaves and freedmen were used in hospitals for experiments conducted without their knowledge—a tradition that continues today within some black populations. It reveals how blacks have historically been prey to grave-robbing as well as unauthorized autopsies and dissections. Moving into the twentieth century, it shows how the pseudoscience of eugenics and social Darwinism were used to justify experimental exploitation and shoddy medical treatment of blacks.


The product of years of prodigious research into medical journals and experimental reports long undisturbed, Medical Apartheid reveals the hidden underbelly of scientific research and makes possible, for the first time, an understanding of the roots of the African American health deficit.

Ron Butler is a Los Angeles-based actor and voice artist with over a hundred film and television credits (playing everything from brooding doctors to screwball hipsters). Most kids will recognize him from the three seasons he spent on Nickelodeon's True Jackson, VP. Ron works regularly as a commercial and animation voice-over artist and has voiced a wide variety of audiobooks. He is a member of the Atlantic Theater Company and an Independent Filmmaker Project Award winner for his work in the HBO film Everyday People. Originally from the Bahamas, Ron grew up singing calypso onstage with his father (the country's number-one recording artist) before touring (and recording) in Europe with a jazz band. In his spare time, he impersonates the president while playing the ukulele.