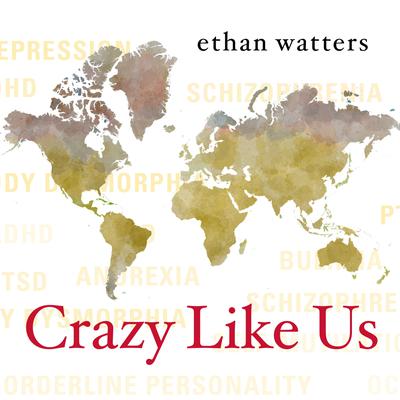 It is well known that American culture is a dominant force at home and abroad; our exportation of everything from movies to junk food is a well-documented phenomenon. But is it possible that America's most troubling impact on the globalizing world has yet to be accounted for? In Crazy Like Us, Ethan Watters reveals that the most devastating consequence of the spread of American culture has not been our golden arches or our bomb craters but our bulldozing of the human psyche itself: We are in the process of homogenizing the way the world goes mad.

America has been the world leader in generating new mental health treatments and modern theories of the human psyche. We export our psychopharmaceuticals packaged with the certainty that our biomedical knowledge will relieve the suffering and stigma of mental illness. We categorize disorders, thereby defining mental illness and health, and then parade these seemingly scientific certainties in front of the world. The blowback from these efforts is just now coming to light: It turns out that we have not only been changing the way the world talks about and treats mental illness—we have been changing the mental illnesses themselves.