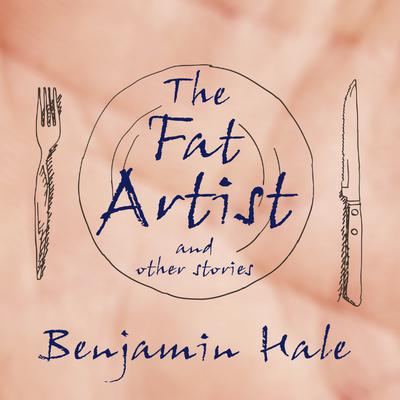 The Fat Artist and Other Stories (Digital Audiobook)

Prize-winning author Benjamin Hale's fiction abounds with a love of language and a wild joy for storytelling. In prose alternately stark, lush and hallucinatory, occasionally nightmarish and often absurd, the seven stories in this collection are suffused with fear and desire, introducing us to a company of indelible characters reeling with love, jealousy, megalomania, and despair.

As in his debut novel, The Evolution of Bruno Littlemore, the voices in these stories speak from the margins: a dominatrix whose longtime client, a U.S. congressman, drops dead during a tryst in a hotel room; an addict in precarious recovery who lands a job driving a truck full of live squid; a heartbroken performance artist who attempts to eat himself to death as a work of art. From underground radicals hiding in Morocco to an aging hippy in Colorado in the summer before 9/11 to a young drag queen in New York at the cusp of the AIDS crisis, these stories rove freely across time and place, carried by haunting, peculiar narratives that form the vast tapestry of American life.

James Patrick Cronin began his audiobook career at twelve years of age opposite Christopher Lloyd in the book-on-tape of The Pagemaster. A classically trained stage actor with an MFA from the University of Louisville and a degree in philosophy, James has spent his years since college performing as an actor and a comedian on stages all over the world. He has performed everything from the classics to original material in Ireland, Scotland, Serbia, and Israel, as well as throughout the U.S. He has recorded over 100 audiobooks across an extensive range of genres.