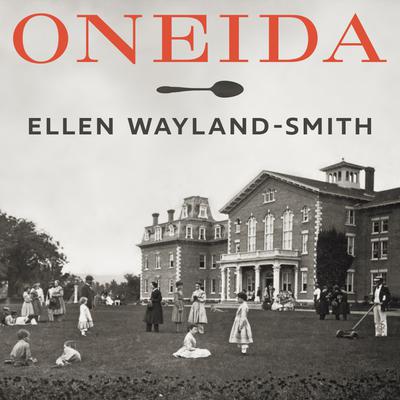 In the early nineteenth century, many Americans were looking for an alternative to the Puritanism that had been the foundation of the new country. Amid the fervor of the religious revival known as the Second Great Awakening, John Humphrey Noyes, a spirited but socially awkward young man, attracted a group of devoted followers with his fiery sermons about creating Jesus' millennial kingdom here on Earth. Noyes established a revolutionary community in rural New York centered around achieving a life free of sin through God's grace, while also espousing equality of the sexes and "complex marriage," a system of free love where sexual relations with multiple partners was encouraged. When the Community disbanded in 1880, a new generation of Oneidans sought to exorcise the ghost of their fathers' disreputable sexual theories. Converted into a joint-stock company, Oneida Community, Limited, would go on to become one of the nation's leading manufacturers of silverware.

Told by a descendant of one of the Community's original families, Oneida is a captivating story that straddles two centuries to reveal how a radical, free-love sect transformed into a purveyor of the white-picket-fence American dream.

Khristine Hvam is a professional voice artist whose work includes audiobooks, video games, and voice-overs, including as Professor Juniper in the Pokemon television series. Among her narrations are the Iron Fey series by Julie Kagawa, Dare Me by Megan Abbott, and Daughter of Smoke and Bone by Laini Taylor. Khristine lives in New York City.