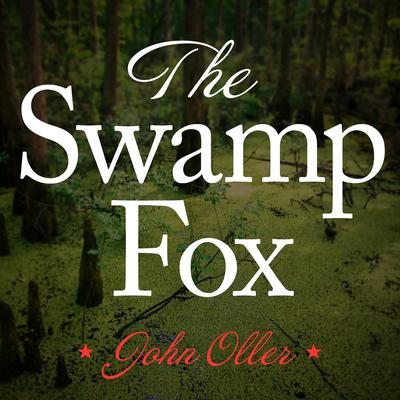 In the darkest days of the American Revolution, Francis Marion and his band of militia freedom fighters kept hope alive for the patriot cause during the critical British "southern campaign." Like the Robin Hood of legend, Marion and his men attacked from secret hideaways before melting back into the forest or swamp. Employing insurgent tactics that became commonplace in later centuries, Marion and his brigade inflicted losses on the enemy that were individually small but cumulatively a large drain on British resources and morale.

In The Swamp Fox, the first major biography of Marion in more than forty years, John Oller compiles striking evidence to provide a fresh look at Marion, the man, and how he helped save the American Revolution.

Joe Barrett began his acting career at the age of five in the basement of his family's home in upstate New York. He has gone on to play many stage roles, both on and off-Broadway, and in regional theaters from Los Angeles, Houston, and St. Louis to Washington, D.C., San Francisco, and Portland, Maine. He has appeared in films and television, both prime time and late night, and in hundreds of television and radio commercials. Joe has narrated over two hundred audiobooks. He has been an Audie Award finalist eight times, and his narration of Gun Church by Reed Farrel Coleman won the 2013 Audie Award for Original Work. AudioFile magazine has granted Joe fourteen Earphones Awards, including for James Salter's All That Is and Donald Katz's Home Fires. Regarding Joe's narration of John Irving's A Prayer For Owen Meany, AudioFile said, "This moving book comes across like a concerto . . . with a soloist-Owen's voice-rising from the background of an orchestral narration." Joe is married to actor Andrea Wright, and together they have four very grown children.