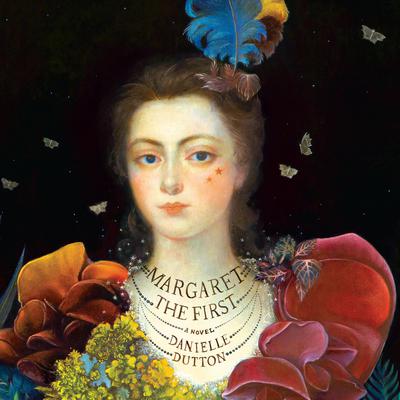 “Dutton's novel takes the already extraordinary life of Margaret Cavendish - 17th century natural philosopher, author of The Blazing World, and Duchess of Newcastle -- and transforms it into a stunning work of historical fiction. With women in the sciences a hot issue today, Margaret the First satisfies a craving for women's writing, women's voices, and women's stories, painting a portrait of a sensitive, thoughtful woman hungry not just for praise and recognition, but acknowledgment, affirmation, and validation. Margaret the First is a triumph!”
— Liz Wright (W), Brazos Bookstore, Houston, TX
View the List

Margaret the First dramatizes the life of Margaret Cavendish, the shy, gifted, and wildly unconventional seventeenth-century duchess. The eccentric Margaret wrote and published volumes of poems, philosophy, feminist plays, and utopian science fiction at a time when "being a writer" was not an option open to women. As one of the Queen's attendants and the daughter of prominent Royalists, she was exiled to France when King Charles I was overthrown. As the English Civil War raged on, Margaret met and married William Cavendish, who encouraged her writing and her desire for a career. After the War, her work earned her both fame and infamy in England; at the dawn of daily newspapers, she was "Mad Madge," an original tabloid celebrity. Yet Margaret was also the first woman to be invited to the Royal Society of London—a mainstay of the Scientific Revolution—and the last for another two hundred years.

Margaret the First is very much a contemporary novel set in the past. Written with lucid precision and sharp cuts through narrative time, it is a gorgeous and wholly new approach to imagining the life of a historical woman.