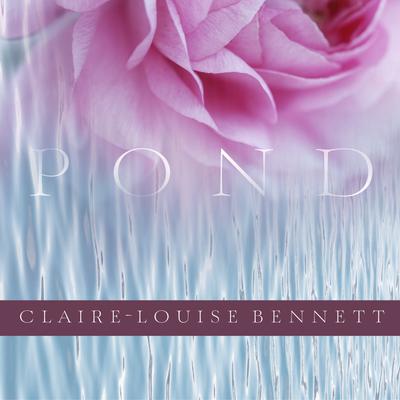 “A brilliant and captivating debut, Bennett's Pond is a strange, beautifully layered work of fiction, from its quirky and contemplative narrator's interior life to the vivid and charming descriptions of rural Irish life. Perhaps the most surprising aspect of this book is its warm invitation to celebrate solitude. Bennett writes as if in a lush, landscaped dream, each story chapter going forward, circling back, and ending in the middle of the protagonist's musings upon her everyday experiences. Pond is utterly original, by turns hilarious and poignant, a refreshing and simply delightful read.”
— Angela Spring (E), Politics & Prose Books and Coffee Shop, Washington, DC
View the List

In Claire-Louise Bennett's shimmering debut, an unnamed young woman—wry, somewhat misanthropic, keenly observant—chronicles her life on the outskirts of a small coastal village. The charms of bananas and oatcakes in the morning and Spanish oranges after sex; the small pleasures and anxieties of throwing a party, exchanging salacious emails with a new lover, sitting in the bath as it storms outside. Broken oven knobs prompt a meditation on survival that's both haunting and playful; a sunset walk leads to an unsettling encounter with a herd of cows; the discovery of an old letter recalls an impossible affair.


Sidestepping the usual conventions of narrative, Pond refracts the narrator's uncannily intimate experience in the details of daily life, rendered sometimes in story-like stretches, sometimes in fragments, and suffused with the almost synesthetic intensity of the physical world as we remember it from childhood. As her persona emerges in all its particularity, sometimes painfully and often hilariously, we cannot help seeing mirrored there our own fraught longings, our own fugitive desire, despite everything, to be known.


Enchanting and unusual, Pond will linger long after the last page.