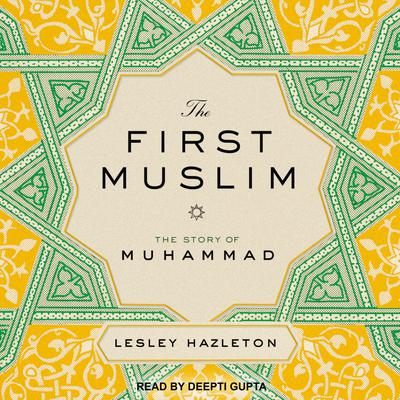 The Story of Muhammad

Muhammad's was a life of almost unparalleled historical importance; yet for all the iconic power of his name, the intensely dramatic story of the prophet of Islam is not well known. In The First Muslim, Lesley Hazleton brings him vibrantly to life. Drawing on early eyewitness sources and on history, politics, religion, and psychology, she renders him as a man in full, in all his complexity and vitality.

Hazleton's account follows the arc of Muhammad's rise from powerlessness to power, from anonymity to renown, from insignificance to lasting significance. How did a child shunted to the margins end up revolutionizing his world? How did a merchant come to challenge the established order with a new vision of social justice? How did the pariah hounded out of Mecca turn exile into a new and victorious beginning? How did the outsider become the ultimate insider?

Impeccably researched, Hazleton's narrative creates vivid insight into a man navigating between idealism and pragmatism, faith and politics, nonviolence and violence, rejection and acclaim. The First Muslim illuminates not only an immensely significant figure but his lastingly relevant legacy.

Fluent in Hindi, Urdu, and English, Deepti Gupta has an international career spread across India, Singapore, Pakistan, and the United States. As a narrator she brings an open and curious perspective to the author's work. Her natural global/international accent makes her a great choice for an author who is writing to appeal to a global readership/listenership. As an actress she has earned praise from the New York Times for her performance in the feature film Walkaway, and also stars in Record/Play (a sci-fi love story) which was an official selection at Sundance 2013. She earned her MFA in acting from the University of Texas at Austin, an MA in theater studies from the National University of Singapore, and BA in English literature from Delhi University. Besides working as an actress and voice talent, she also works as a consultant with corporate firms and businesses to help expand and deepen their diversity and inclusion strategies.