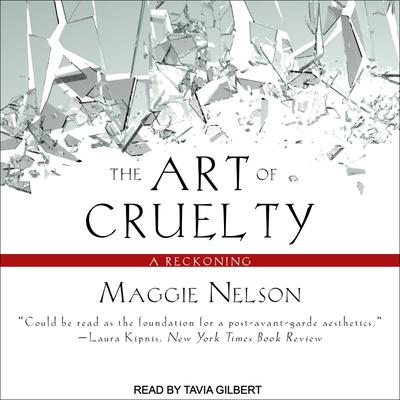 The Art of Cruelty (Digital Audiobook)

Today both reality and entertainment crowd our fields of vision with brutal imagery. The pervasiveness of images of torture, horror, and war has all but demolished the twentieth-century hope that such imagery might shock us into a less alienated state, or aid in the creation of a just social order. What to do now? When to look, when to turn away?

Genre-busting author Maggie Nelson brilliantly navigates this contemporary predicament, with an eye to the question of whether or not focusing on representations of cruelty makes us cruel. In a journey through high and low culture (Kafka to reality TV), the visual to the verbal (Paul McCarthy to Brian Evenson), and the apolitical to the political (Francis Bacon to Kara Walker), Nelson offers a model of how one might balance strong ethical convictions with an equally strong appreciation for work that tests the limits of taste, taboo, and permissibility.