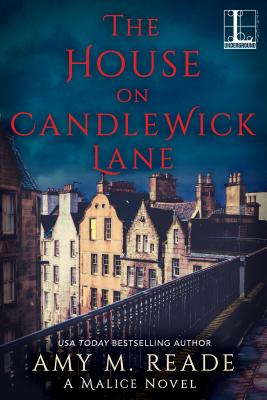 The House on Candlewick Lane

It is every parent's worst nightmare. Greer Dobbins' daughter has been kidnapped-and spirited across the Atlantic to a hiding place in Scotland. Greer will do anything to find her, but the streets of Edinburgh hide a thousand secrets-including some she'd rather not face.

Art historian Dr. Greer Dobbins thought her ex-husband, Neill, had his gambling addiction under control. But in fact he was spiraling deeper and deeper into debt. When a group of shady lenders threatens to harm the divorced couple's five-year-old daughter if he doesn't pay up, a desperate Neill abducts the girl and flees to his native Scotland. Though the trail seems cold, Greer refuses to give up and embarks on a frantic search through the medieval alleys of Edinburgh-a city as beguiling as it is dangerous. But as the nightmare thickens with cryptic messages and a mysterious attack, Greer herself will become a target, along with everyone she holds dear.

"Danger, mystery, a brave but resilient heroine, and a hero at her side, coupled with a house that is almost a character in its own right: these classic gothic romances are all to be found in Amy Reade's debut novel." --heroesandheartbreakers.com.