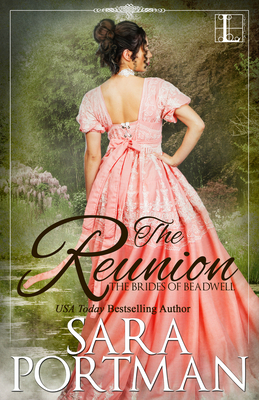 An inconvenient engagement turns a marriage of convenience into so much more in this sparkling new series from award-winning author Sara Portman . . .

Lady Emmaline Shaw's reputation was irreparably damaged when her fianc , John Brantwood, disappeared immediately after their engagement four years ago. Since then, she's grown from a shy, uncertain girl to a woman who knows her own mind. And what she knows is that London society holds nothing for her.

Rumor has it that John ran off to war and died in battle. Now, as the new Duke of Worley, his shocking resurrection throws the ton into a tizzy and makes him one of England's most sought after bachelors-except that he's already engaged.

John needs a wife capable of smoothing his beloved sister's introduction into society. But though Emma happily grants him his freedom, her fiery beauty and resilient spirit hold him captive. In fact, John has no intention of letting her go. Her fate is now in his hands, but will her heart be safe there as well?