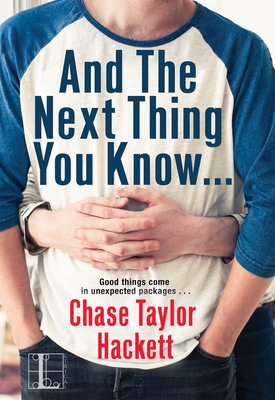 Jeffrey Bornic is getting over his ex. Really. So what if the rising-star attorney is angrily sleeping his way through most of Manhattan’s male population? When the time is right, the perfect partner will show up. And Jeffrey knows exactly what he’ll be like: an ambitious, polished professional who’ll make the ideal other half of a fabulous power couple.

Theo McPherson is definitely not that guy. He’s a short, fiery red-head who works in the arts and wears sneakers held together with duct tape. If it weren’t for the fact that Theo is his best friend’s little (literally) brother, Jeff would be crossing the street to avoid him. Theo, meanwhile, has nothing but contempt for guys in suits, and seems to have deliberately set out to make Jeff’s life miserable, all while grinning at him in that exasperating—some might say irresistible—way that he has.

At least it’s hard for Jeff to keep moping over his ex when he’s butting heads with Theo—and suddenly wondering if the last guy he’d ever fall for might be exactly that . . .

Chase Taylor Hackett was raised on a farm in the Midwest among hogs, ponies, corn and soybeans – far from his current home in New York City.  He has written most of his life, nearly all of it in musical theatre, and was a member of the BMI Musical Theatre Workshop.  His theatrical career peaked when a musical for which he’d written the book and lyrics opened on Broadway. Unfortunately, two weeks later it closed on Broadway.

One morning he woke up and found that he had a couple characters in his head, who, try as he might, refused to become a musical comedy. He wondered if he could possibly work them up into a novel, but, never having tried to write one before, he didn’t have a clue where to begin.

And thus came his first novel: Where Do I Start?

He lives in upper Manhattan with his partner Travis, and a Scottish terrier named Watson.
Loading...
or support indie stores by buying on