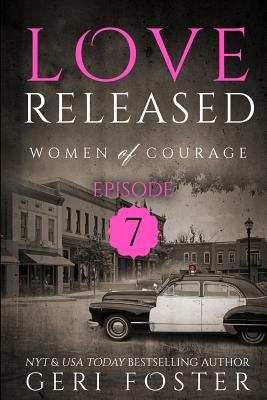 Love Released is a multi-part serial best read in order. It is the story of Cora Williams who moved to Gibbs City after her release from prison. In Book Seven, a n unexpected accident occurs in Gibbs City, leaving the town reeling in anger and confusion as a mad man does the unthinkable. While Cora Williams-Carter continues her battle at work to be accepted as a doctor and her fight against Jack's paternal grandmother continues for custody of the child Cora loves. In the meantime, Sheriff Virgil Carter vows to serve and protect Parker County against all those determined to destroy the town and tear the citizens apart even as he searches for the culprit behind the threat.

As long as she can remember, Geri Foster has been a lover of reading and the written words. In the seventh grade she wore out two library cards and had read every book in her age area of the library. After raising a family and saying good-bye to the corporate world, she tried her hand at writing. Action, intrigue, danger and sultry romance drew her like a magnet. That's why she has no choice but to write action-romance suspense. While she reads every genre under the sun, she's always been drawn to guns, bombs and fighting men. Secrecy and suspense move her to write edgy stories about daring and honorable heroes who manage against all odds to end up with their one true love. You can contact Geri Foster at geri.foster@att.net
Loading...
or support indie stores by buying on