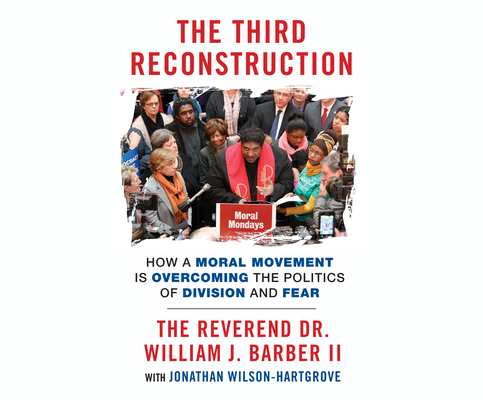 In 2013, the Reverend Dr. William J. Barber II led protests with more than a hundred thousand people across North Carolina, beginning a multi-state movement that became known as Moral Mondays. Reflecting on the coalition-building that led to that movement, Rev. Barber argues that we're entering a new reconstruction period, and he offers both a trenchant analysis of the racial and economic inequality we face and hope for the future. Proposing a path forward, he writes movingly and pragmatically about laying the groundwork for a state-by-state movement that unites black, white, and brown, rich and poor, employed and unemployed, gay and straight, documented and undocumented, and religious and secular, arguing that only such a diverse fusion movement can heal our nation's wounds and produce public policy that is morally defensible, constitutionally consistent, and economically sane. Providing a blueprint for that movement, The Third Reconstruction offers up an inspiring call to action.