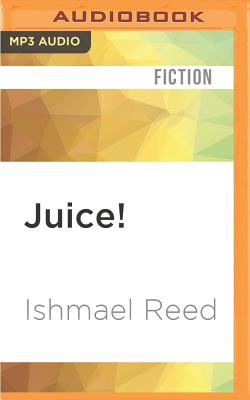 A new novel from the most outspoken African American writer of our time.

In 2010, the Newseum in Washington D.C. finally obtained the suit O. J. Simpson wore in court the day he was acquitted, and it now stands as both an artifact in their "Trial of the Century" exhibit and a symbol of the American media's endless hunger for the criminal and the celebrity. This event serves as a launching point for Ishmael Reed's Juice , a novelistic commentary on the post-Simpson American media frenzy from one of the most controversial figures in American literature today.

Through Paul Blessings--a censored cartoonist suffering from diabetes--and his cohorts--serving as stand-ins for the various mediums of art--Ishmael Reed argues that since 1994, "O. J. has become a metaphor for things wrong with culture and politics." A lament for the death of print media, the growth of the corporation, and the process of growing old, Juice serves as a comi-tragedy, chronicling the increased anxieties of "post-race" America.