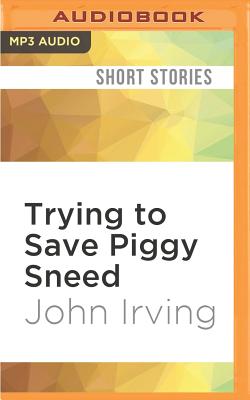 Trying to Save Piggy Sneed

Trying to Save Piggy Sneed contains a dozen short works by John Irving, beginning with three memoirs, including an account of Mr. Irving's dinner with President Ronald Reagan at the White House. The longest of the memoirs, The Imaginary Girlfriend, is the core of this collection.

The middle section of the book is fiction. Since the publication of his first novel, Setting Free the Bears, in 1968, John Irving has written 12 more novels but only half a dozen stories that he considers finished: they are all published here, including Interiors, which won the O. Henry Award. In the third and final section are three essays of appreciation: one on G nter Grass, two on Charles Dickens.

To each of the 12 pieces, Mr. Irving has contributed his Author's Notes. These notes provide some perspective on the circumstances surrounding the writing of each piece--for example, an election-year diary of the Bush-Clinton campaigns accompanies Mr. Irving's memoir of his dinner with President Reagan; and the notes to one of his short stories explain that the story was presented and sold to Playboy as the work of a woman.

Trying to Save Piggy Sneed is both as moving and as mischievous as readers would expect from the author of The World According to Garp, The Cider House Rules, A Prayer of Owen Meany, A Widow for One Year, and In One Person. And Mr. Irving's concise autobiography, The Imaginary Girlfriend, is both a work of the utmost literary accomplishment and a paradigm for living.