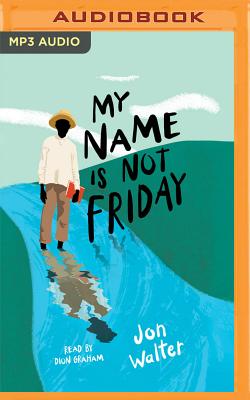 My Name Is Not Friday

Well-mannered Samuel and his younger brother Joshua, are freeborn black boys living in an orphanage during the end of the Civil War. The boys are two sides of the same coin--one good, one bad, but always inseparable--until Samuel takes the blame for Joshua's latest prank. And the consequence is worse Samuel could ever imagine. He's taken from the orphanage, given a new name -- Friday -- and sold into slavery on a Mississippi cotton plantation. What follows is a heartbreaking but hopeful epic of perseverance in the face of suffering, as Samuel journeys from freedom to captivity and back again.