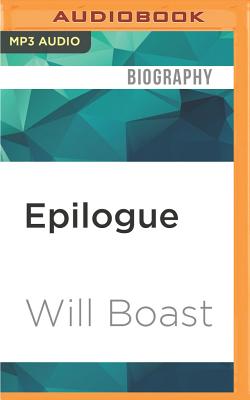 Will Boast, Kirby Heyborne (Read by)

Will Boast thought he'd lost his family, until a deeply held secret revealed a second chance he never thought he'd have. Having already lost his mother and only brother, 24-year-old Will Boast finds himself absolutely alone when his father dies of alcoholism. Numbly settling the matters of his father's estate, Boast is deep inside his grief when he stumbles upon documents revealing a secret his father had intended to keep: He'd had another family before Will's--a wife and two sons in England.

This revelation leads to a flood of new questions. Did his father abandon this first family, or was he pushed away? Still reeling from loss, Boast is forced to reconsider the fundamental truths of his childhood and to look for traces of the man his father might truly have been. Setting out in search of his half-brothers, he attempts to reconcile their family history with his own, testing each childhood memory under the weight of his father's secret.

Moving between the Midwest and England, from scenes of his youth to the tentative discovery of his new family, Boast writes with visceral beauty about grief, memory, and his slow and tender journey to a new kind of love. With the piercing gaze of a novelist, Boast transforms the pain and confusion of his family history into an achingly poignant portrait of resilience, revising the stories he's inherited to refashion both his past and his present.

Heartbreaking and luminous, Epilogue is the stunning account of a young man's struggle to understand all that he has lost and found, and to forge a new life for himself along the way.