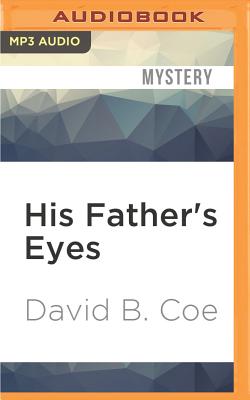 Book number two in The Case Files of Justis Fearsson, a new contemporary fantasy series from fantasy all-star David B. Coe. A hardboiled, magic-using private detective battles dark sorcerers in Phoenix, Arizona. Justis Fearsson is a weremyste. He wields potent magic, but every month, on the full moon, he loses his mind. He's also a private detective who can't afford to take time off from his latest investigation while his sanity goes AWOL. A legion of dark sorcerers has descended on Phoenix, wreaking havoc in the blistering desert heat. With the next moon phasing approaching, Jay has to figure out what connects a billionaire financier and a vicious drug kingpin to an attempted terrorist attack, a spate of ritual killings, and the murder of a powerful runemyste. And he has to do it fast. Because these same dark sorcerers have nearly killed the woman he loves and have used their spells to torment Jay's father. Now they have Jay in their crosshairs, and, with his death, they intend to extend their power over the entire magicking world. But Jay has other plans and no intention of turning his city, or those he loves, over to the enemy.