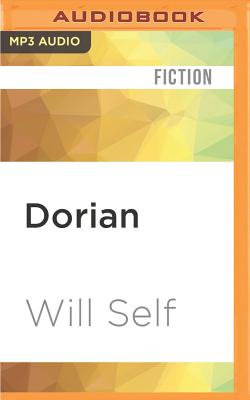 Will Self, John Lee (Read by)

Henry Wotton, gay, drug addicted, and husband of Batface, the irrefutably aristocratic daughter of the Duke of This or That, is at the center of a clique dedicated to dissolution. His friend Baz Hallward, an artist, has discovered a young man who is the very epitome of male beauty--Dorian Gray. His installation Cathode Narcissus captures all of Dorian's allure, and, perhaps, something else. Certainly, after a night of debauchery that climaxes in a veritable conga line of buggery, Wotton and Hallward are caught in the hideous web of a retrovirus that becomes synonymous with the decade.

Sixteen years later the Royal Broodmare, as Wotton has dubbed her, lies dying in a Parisian underpass. But what of Wotton and Hallward? How have they fared as stocks soar and T-cell counts plummet? And what of Dorian? How is it that he remains so youthful while all around him shrivel and die?

Set against the AIDS epidemic of the '80s and '90s, Will Self's Dorian is a shameless reworking of our most significant myth of shamelessness, brilliantly evoking the decade in which it was fine to stare into the abyss, so long as you were wearing two pairs of Ray-Bans.