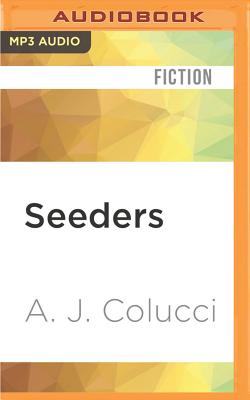 George Brookes is a brilliant but reclusive plant biologist living on a remote Canadian island. After his mysterious death, the heirs to his estate arrive on the island, including his daughter, Isabelle; her teenage children; and Jules Beecher, a friend and pioneer in plant neurobiology. They will be isolated on the frigid island for two weeks, until the next supply boat arrives.

As Jules begins investigating the laboratory and scientific papers left by George, he comes to realize that his mentor may have achieved a monumental scientific breakthrough: communication between plants and humans. Within days, the island begins to have strange and violent effects on the group, especially Jules who becomes obsessed with George's journal, the strange fungus growing on every plant and tree, and horrible secrets that lay buried in the woods. It doesn't take long for Isabelle to realize that her father may have unleashed something sinister on the island, a malignant force that's far more deadly than any human. As a fierce storm hits and the power goes out, she knows they'll be lucky to make it out alive.

A. J. Colucci masterfully weaves real science with horror to create a truly terrifying thriller, drawing from astonishing new discoveries about plants and exploring their eerie implications. Seeders is a feast of horror and suspense.