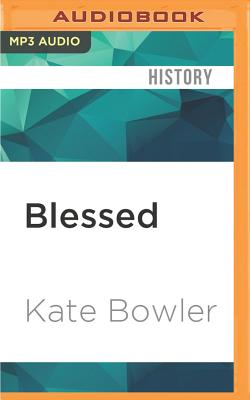 A History of the American Prosperity Gospel

How have millions of American Christians come to measure spiritual progress in terms of their financial status and physical well-being? How has the movement variously called Word of Faith, Health and Wealth, Name It and Claim It, or simply prosperity gospel come to dominate much of our contemporary religious landscape? Kate Bowler's Blessed is the first book to fully explore the origins, unifying themes, and major figures of a burgeoning movement that now claims millions of followers in America. Bowler traces the roots of the prosperity gospel: from the touring mesmerists, metaphysical sages, pentecostal healers, business oracles, and princely prophets of the early 20th century; through mid-century positive thinkers like Norman Vincent Peale and revivalists like Oral Roberts and Kenneth Hagin; to today's hugely successful prosperity preachers. Bowler focuses on such contemporary figures as Creflo Dollar, pastor of Atlanta's 30,000-member World Changers Church International; Joel Osteen, known as "the smiling preacher," with a weekly audience of seven million; T. D. Jakes, named by Time magazine one of America's most influential new religious leaders; Joyce Meyer, evangelist and women's empowerment guru; and many others. At almost any moment, day or night, the American public can tune in to these preachers--on TV, radio, podcasts, and in their megachurches--to hear the message that God desires to bless them with wealth and health. Bowler offers an interpretive framework for scholars and general listeners alike to understand the diverse expressions of Christian abundance as a cohesive movement bound by shared understandings and common goals.