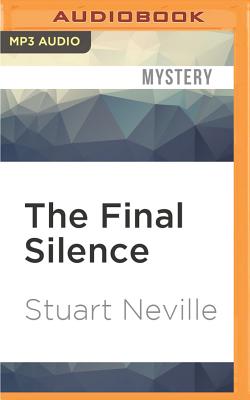 “Rea Carlisle inherited a house from an uncle she never knew. In it was a locked room, and when she forced open the door what she found terrified her -- a book detailing the murders of a variety of people over a period of many years. After attempts to investigate were thwarted by her father, Rea reached out to the only policeman she knew, disgraced inspector Jack Lennon. When Lennon arrived, he found Rea dead, and he quickly became the number one suspect in her murder. What follows is a harrowing investigation that pulls down Rea's father, a local politician with ties to the IRA -- ties that lead directly to a serial killer who will keep killing until he gets what he wants.”
— Janice Hunsche, Kaleidosaurus Books, Fishers, IN
View the List

Stuart Neville, "the current master of neo-noir detective fiction" (Boston Globe), is back with a chilling new thriller.

Belfast, Northern Ireland: Rea Carlisle has inherited a house from an uncle she never knew. It doesn't take her long to clear out the dead man's remaining possessions, but one room remains stubbornly locked. When Rea finally forces it open, she discovers inside a chair, a table--and a leather-bound book, its pages filled with locks of hair, fingernails: a catalogue of victims. Horrified, Rea wants to go straight to the police but her family intervenes, fearing that scandal will mar her politician father's public image. Rea turns to the only person she can think of: disgraced police inspector Jack Lennon. He is facing suspension from the force and his new supervisor, DCI Serena Flanagan, is the toughest cop he's ever met. But a gruesome murder brings the dead man's terrifying journal to the top of the Belfast police's priority list.