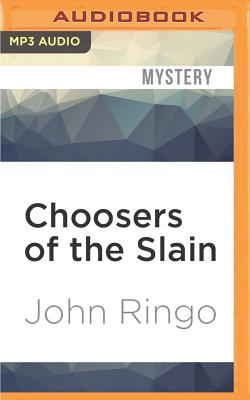 Choosers of the Slain (Paladin of Shadows #3)

Mike Harmon's commando-quality retainers agree: their leader, code-named Ghost, is a peculiar one. An ex-Navy-SEAL, there is no stronghold he cannot penetrate, no target he can't take out. But Ghost is also a man struggling to keep the animal inside at bay and his twisted sexual desires satisfied with a rock-hard integrity and incredible force of will. Now Harmon and his militia have been hired to rescue the daughter of a powerful political mover in America, kidnapped into the Eastern Europe sex trade. Welcome to the Balkan Route: a notorious pathway for human trafficking carved with blood and brutality and passing through Serbia and Montenegro, Croatia, Albania, Macedonia, Bosnia-Herzegovina, and Kosovo to the heart of darkness itself: sexual snuff houses where powerful politicians pay to rape and murder young women for kicks. Turns out some of those politicians hail from Washington, D.C. But now the Route is about to be re-Routed, and the balance of power is about to shift dramatically--to the smoking muzzle of one very angry ex-SEAL's M-4.Sometimes it takes a bad man to destroy an even more terrible evil. And the baddest of them all is Ghost. They'll be sorry they made his girls cry.

John Ringo, veteran of the U.S. Army's 82nd Airborne and five time New York Times bestseller with over a million books in print, delivers another blockbuster military techno-thriller with the latest entry in his ''Ghost'' saga.