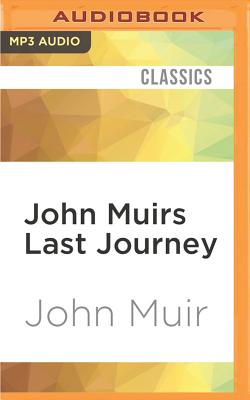 South to the Amazon and East to Africa

"I am now writing up some notes, but when they will be ready for publication I do not know... It will be a long time before anything is arranged in book form." These words of John Muir, written in June 1912 to a friend, proved prophetic. The journals and notes to which the great naturalist and environmental figure was referring have languished, unpublished and virtually untouched, for nearly a century. Until now.

Here edited, published and read for the first time, John Muir's travel journals from 1911-12, along with his associated correspondence, finally allow us to read in his own words the remarkable story of John Muir's last great journey.

Leaving from Brooklyn, New York, in August 1911, John Muir, at the age of seventy-three and traveling alone, embarked on an eight-month, 40,000-mile voyage to South America and Africa. The 1911-12 journals and correspondence reproduced in this volume allow us to travel with him up the great Amazon, into the jungles of southern Brazil, to snowline in the Andes, through southern and central Africa to the headwaters of the Nile, and across six oceans and seas in order to reach the rare forests he had so long wished to study.

Although this epic journey has received almost no attention from the many commentators on Muir's work, Muir himself considered it among the most important of his life and the fulfillment of a decades-long dream.