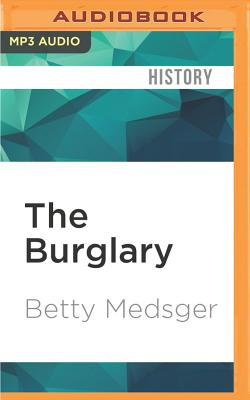 The never-before-told full story of the history-changing break-in at the FBI office in Media, Pennsylvania, by a group of unlikely activists--quiet, ordinary, hardworking Americans--that made clear the shocking truth and confirmed what some had long suspected, that J. Edgar Hoover had created and was operating, in violation of the U.S. Constitution, his own shadow Bureau of Investigation.

It begins in 1971 in an America being split apart by the Vietnam War. A small group of activists--eight men and women--the Citizens Commission to Investigate the FBI, inspired by Daniel Berrigan's rebellious Catholic peace movement, set out to use a more active, but nonviolent, method of civil disobedience to provide hard evidence once and for all that the government was operating outside the laws of the land.

The would-be burglars--nonpro's--were ordinary people leading lives of purpose: a professor of religion and former freedom rider; a day-care director; a physicist; a cab driver; an antiwar activist, a lock picker; a graduate student.

Betty Medsger's extraordinary book re-creates in detail how this group of unknowing thieves scouted out the low-security FBI building in a small town just west of Philadelphia, taking into consideration every possible factor.

At the heart of the heist--and the book--the contents of the FBI files revealing Hoover's "secret counterintelligence program" COINTELPRO, set up in 1956 to investigate and disrupt dissident political groups, a plan that would discredit, destabilize, and demoralize groups, many of them legal civil rights organizations and antiwar groups that Hoover found offensive--as well as black power groups, student activists, antidraft protestors, conscientious objectors.

The Burglary is an important and riveting book, a portrait of the potential power of non-violent resistance and the destructive power of excessive government secrecy and spying.