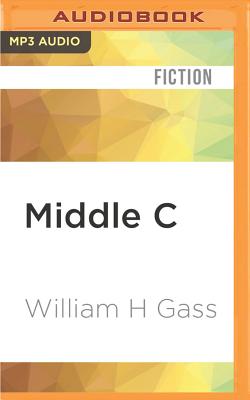 A literary event--the long-awaited novel, almost two decades in work, by the acclaimed author of The Tunnel ("The most beautiful, most complex, most disturbing novel to be published in my lifetime."--Michael Silverblatt, Los Angeles Times; "An extraordinary achievement."--Michael Dirda, The Washington Post); Omensetter's Luck ("The most important work of fiction by an American in this literary generation"--Richard Gilman, The New Republic); Willie Masters' Lonesome Wife; and In the Heart of the Heart of the Country ("These stories scrape the nerve and pierce the heart. They also replenish the language."--Eliot Fremont-Smith, The New York Times).

Gass' new novel moves from World War II Europe to a small town in postwar Ohio. In a series of variations, Gass gives us a mosaic of a life--futile, comic, anarchic--arranged in an array of vocabularies, altered rhythms, forms and tones, and broken pieces with music as both theme and structure, set in the key of middle C.

It begins in Graz, Austria, 1938. Joseph Skizzen's father, pretending to be Jewish, leaves his country for England with his wife and two children to avoid any connection with the Nazis, who he foresees will soon take over his homeland. In London with his family for the duration of the war, he disappears under mysterious circumstances. The family is relocated to a small town in Ohio, where Joseph Skizzen grows up, becomes a decent amateur piano player, in part to cope with the abandonment of his father, and creates as well a fantasy self--a professor with a fantasy goal: to establish the Inhumanity Museum...as Skizzen alternately feels wrongly accused (of what?) and is transported by his music. Skizzen is able to accept guilt for crimes against humanity and is protected by a secret self that remains sinless.

Middle C tells the story of this journey, an investigation into the nature of human identity and the ways in which each of us is several selves, and whether any one self is more genuine than another.

William Gass set out to write a novel that breaks traditional rules and denies itself easy solutions, cliff-edge suspense, and conventional surprises...Middle C is that book; a masterpiece by a beloved master.