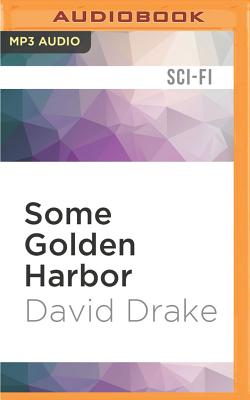 The tyrannical Alliance continues its war against the Republic of Cinnabar, and Daniel Leary, newly promoted to Commander, and his crew have a new mission: stop Dunbar's World from falling to an invasion by the planet Pellegrino. Nataniel Arruns, son of the dictator of Pellegrino, has landed with a large contingent, intending to set himself up as the ruling warlord, with the planet's population becoming serfs of the Pellegrinian overlords. And Dunbar's world has no more than their local police force to oppose him.

Leary again commands the corvette Princess Cecile, but on this mission her missile tubes are empty. Only one man is in a position to aid Leary, but the rich and powerful would rather see him fail than succeed in stopping the invasion. Leary must somehow overcome a large entrenched force on an island defended by powerful plasma cannon and shipkilling missiles and backed up by a heavily armed warship in orbit, all while commanding only a small and virtually unarmed spacecraft.

But Leary again has the help of Signals Officer Adele Mundy, who can make computer networks do the apparently impossible. Leary, Mundy, and the crew of the Princess Cecile have gone up against impossible odds before, and their opponents in those victorious missions are still wondering just what hit them.