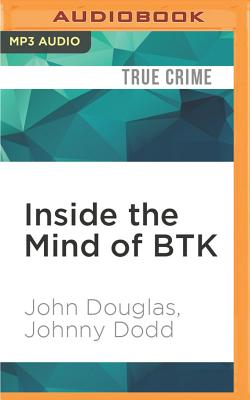 This incredible story shows how John Douglas tracked and participated in the hunt for one of the most notorious serial killers in U.S. history. For 31 years, a man who called himself BTK (Bind, Torture, Kill) terrorized the city of Wichita, Kansas, sexually assaulting and strangling a series of women, taunting the police with frequent communications, and bragging about his crimes to local newspapers and TV stations.

After disappearing for nine years, he suddenly reappeared, complaining that no one was paying enough attention to him and claiming that he had committed other crimes for which he had not been given credit. When he was ultimately captured, BTK was shockingly revealed to be Dennis Rader, a 61-year-old married man with two children.